The artist
the portraits 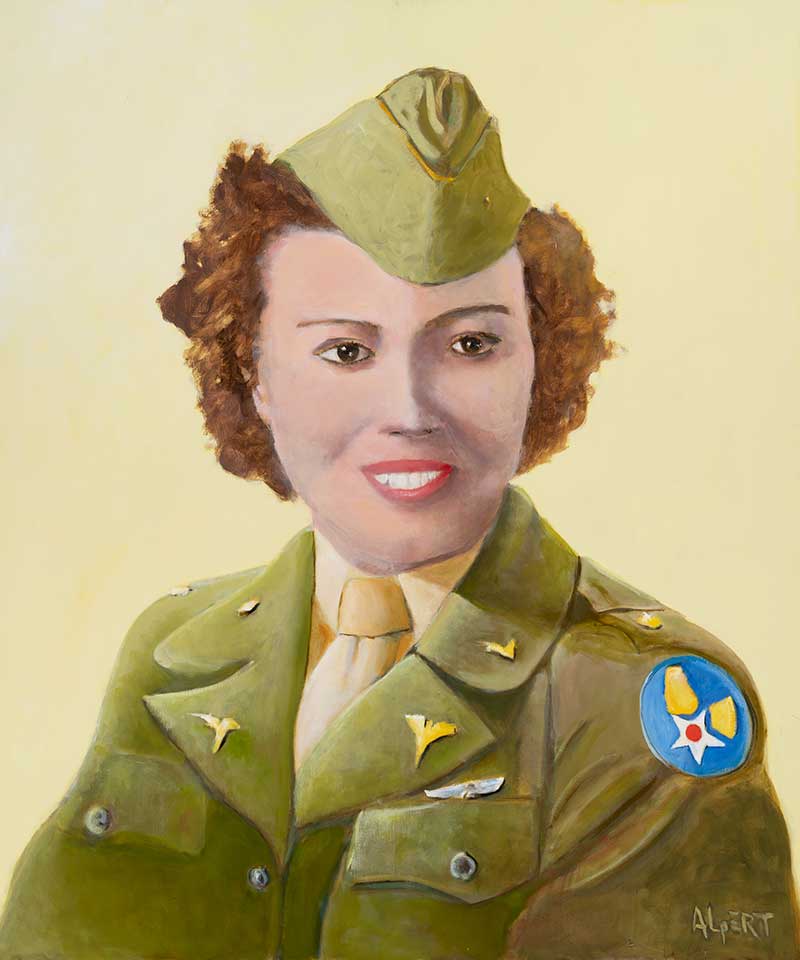 Lt. Louise Rand was born and raised in Martins Ferry, OH. She graduated from the Ruth Brandt School of Nursing in Martins Ferry and the U.S. Air Force School of Aviation Medicine in 1945. She was assigned to the Army’s 830th Medical Air Evacuation Squadron and served as a 1st Lieutenant during World War II. Rand was among 12 nurses selected from her class of 137 who were given orders to travel overseas. She tended to wounded servicemen on flights from Karachi, which was located in India at the time but is now part of Pakistan, to Cairo in the Pacific Theater of WWII. After separating from the service, Rand attended Columbia University Teachers College in New York City, where she earned a B.S. degree in nursing education. She served as a camp nurse for the Boy Scouts of America, a pediatric nurse at Meadowbrook Hospital, and a public health nurse for the Westchester County Department of Health. Lt. Louise Rand died at the age of 93 on February 16, 2015. She was interred with full honors at Arlington National Cemetery on May 27, 2015.

Rand’s story is being brought to life by her two daughters, Lark Shlimbaum and Susan Joyce

< BACK
HOME
THE PROJECT
THE ARTIST
THE PORTRAITS
OUR TEAM
Influencers
BLOG
PRESS
MEDIA KIT
BLOG
CONTACT
About me
Learn More
Thank you! Your submission has been received!
Oops! Something went wrong while submitting the form.
Want to read my stories in your inbox?